The Inequalities in Health Alliance (IHA) is demanding a cross-government strategy to reduce health inequalities: unfair and avoidable differences in health across the population, and between different groups within society. Health inequalities, which may involve differences in access to health care or the standards of care available, can damage quality of life and even shorten life expectancy.

Click here to find out about our approach to standing up for equality and diversity.

The Royal College of Physicians and Surgeons of Glasgow has joined a new coalition of nearly 80 organisations which has been launched to press for urgent action to address health inequalities.

The Inequalities in Health Alliance (IHA) is demanding a cross-government strategy to reduce health inequalities: unfair and avoidable differences in health across the population, and between different groups within society. Health inequalities, which may involve differences in access to health care or  the standards of care available, can damage quality of life and even shorten life expectancy.

Research commissioned by the Royal College of Physicians of London for the launch of the IHA shows widespread concern over health inequalities and overwhelming support for action.

Almost two thirds (65%) of those surveyed by Yonder felt that governments across the UK should be doing to more to address the issue and 81% agreed (52% strongly) that there should be a UK government strategy to reduce inequalities in health.

There are many causes of health inequalities but deprivation is a key factor. Of those surveyed, 78% agreed (50% strongly) that all parts of Government in each part of the UK should have to consider the impact of their policies on people who are less well off. Three quarters (75%) were concerned – 35% very concerned – that the health gap between wealthy and deprived areas is growing (Health Equity in England: the Marmot review 10 years on, January 2020).

Nearly a quarter (24%) selected access to healthcare as the health inequality they were most concerned about, with 17% opting for poor mental health and 16% long term health conditions.

The IHA has also written to the Prime Minister, acknowledging that the government has been focused on responding to the pandemic but pointing out that, with its impact felt differently by different communities, COVID-19 has exposed how health inequalities can have an impact not just over a lifetime, but a matter of weeks. Now, the second wave of COVID-19 is hitting those already most disadvantaged in our society. (The full text of this letter is below).

As well as calling on Boris Johnson to develop a cross-government strategy to reduce health inequalities, the IHA wants the government to use the socio-economic duty, section 1 of the Equality Act 2010, to address health inequalities and to adopt a ‘child health in all policies’ approach.

Speaking at the launch of the Alliance, Professor Jackie Taylor, President of the Royal College of Physicians and Surgeons of Glasgow said:

“It’s never been more vital for those of us who work within the NHS to highlight the health inequality crisis that we currently face. Each day the current covid-19 pandemic is exacerbating the health gaps between rich and poor and across ethnic groups. We must all work together to take action to address this now.

“As this week’s debate around free school meals has highlighted, our public health depends on our ability to ensure that everyone in our society has the best possible start in life, no matter their background. We know from our members’ extensive medical experience that poverty is a key determinant of children’s health both now and in their future. That’s why we support the current calls for children across the UK to receive free school meals during holiday periods.

“This Alliance is being launched at a pivotal moment. Over the long-term, a more equal society will improve public health and reduce the pressures on our heath service. I look forward to our college playing it’s full part in this partnership in the weeks and months ahead.”

Royal College of Physicians of London President Professor Andrew Goddard said: “Health inequalities are not an issue to be addressed once the pandemic is behind us; a focus on them is one way in which we can tackle COVID-19 in the short term, and help to reduce its impact upon the health and prosperity of the UK in the longer term.

“That such a large number and wide range of organisations should come together to form the Health Inequalities Alliance is a powerful statement that now is the perfect time to reduce the gap in healthy life expectancy by taking the right steps to reset the NHS, make social care sustainable, and reinvigorate our approach to public health.”

Professor Michael Marmot, Director of the UCL Institute of Health Equity and author of several key reviews looking at health inequalities, said: “The pandemic has exposed and amplified underlying inequalities in society. Health inequalities are the result. Tackling the social causes of health inequalities is even more urgent now. It is so important that these health care organisations have taken a leadership role in improving the health of the whole of society.”

Yonder conducted an online sample of 2,129 UK adults 16+ between 5 and 6 October 2020.  Data is weighted to be representative of the population of United Kingdom.  Targets for quotas and weights are taken from the National Readership Survey, a random probability F2F survey conducted annually with 34,000 adults.  Yonder is a founder member of the British Polling Council and abides by it rules.  For further information see http://www.britishpollingcouncil.org/

I am writing to you on behalf of the Inequalities in Health Alliance (IHA), a new coalition of almost 80 organisations with an interest in improving the health of the UK. We will launch the IHA publicly on 26 October. In February, following the publication of Health equity in England: the Marmot review 10 years on, I wrote to you along with other medical royal colleges and the Royal Colleges of Midwifery and Nursing urging you to adopt its recommendations and go further.

While we have since been concentrating on responding to the pandemic, health inequality has remained a strong focus. Indeed, with its impact felt differently by different communities, COVID-19 has exposed how health inequalities can have an impact not just over a lifetime, but a matter of weeks.

We have come together around three things we think the government needs to do as quickly as possible:

As you can see from the membership list of the IHA, these calls have broad support across the health and care sector.

A cross-government strategy is required because health inequality is the result of many and varied factors. As the secretary of state for social services said in his foreword to the 1980 Black Report, written by one of my predecessors, “the influences at work in explaining the relative health experience of different parts of our society are many and interrelated.”

Mr Jenkin went on to say it was “disappointing that the Group were unable to make greater progress in disentangling the various causes of inequalities in health” but he recognised that “the difficulties they experienced are perhaps no surprise given current measurement techniques.” We now have a wealth of data and ways of analysing, and I have no doubt your chief adviser and his team will be able to do that disentangling.

The socio-economic duty is key to ensure that the needs of vulnerable people, who can all too often be forgotten, are considered in every decision. It is vital that the impact of policies made at the highest level of government on the poorest in society are weighed up before final decisions are made. This gives us the best chance at avoiding unintended consequences falling disproportionately on the most disadvantaged.

Finally, the importance of early years for adult outcomes is also well known. The pandemic has again reminded us of the importance of high levels of general good health. We welcome your recent focus on obesity, because we have seen all too clearly that by allowing more and more children to become obese in the past, we increased their risk of dying from COVID-19 in the present. We need to be prepared for future pandemics, and make sure all public policy is focused on making sure every child has the best chance of good health throughout their life.

Doing these things should be a key part of getting the UK back on track. And the public agrees. In a recent poll by Populus commissioned by the RCP, we found that

When asked which one aspect of health inequality concerned them the most, 24% said access to healthcare, followed by the prevalence of poor mental health at 17% and long-term health conditions at 16%. Problems with access to healthcare have of course been exacerbated by the pandemic, and we are pleased to be supporting the ‘Help Us, Help You – NHS Access’ campaign.

There are many things to do as a country in order to take control of the pandemic now and recover from it in the near future. A focus on health inequalities is one way in which we can tackle COVID-19 in the short term and help to reduce its impact upon the health and prosperity of the UK in the longer term. Chief among our tasks are resetting the NHS, making social care sustainable, and reinvigorating our approach to public health. We have the perfect opportunity to make sure that how we do these things reduces the gap in healthy life expectancy, that at its widest is 20 years between the richest and poorest areas of the UK.

As I said in February, the goal of 5 years of extra healthy, independent years of life by 2035 set out in the industrial strategy is a significant challenge, but one we must meet. Given life expectancy for the most deprived women fell by 6 months between 2012–14 and again in 2015–17, improvements will need to be seen by the next general election at the latest.

On behalf of the IHA, I urge you to give serious consideration to what we are calling for. We are not writing to criticise government efforts. Rather, we are stating the worrying facts of where we are as a nation and sharing our growing concerns about health in its broadest sense. We want to help people live longer and healthier lives so they can contribute socially, economically and creatively to the future  of the UK – an ambition I know we both share.

I look forward to meeting with you to discuss this in detail, and my office will be in touch with yours within the week to arrange that.

on behalf of the members of the Inequalities in Health Alliance

Members of the Inequalities in Health Alliance (updated 20/10/20)

5. Association of Directors of Public Health

8. British Association for the Study of the Liver

29. Doctors of the World

31. Faculty for Homeless and Inclusion Health

32. Faculty of Forensic and Legal Medicine

37. Faculty of Sexual and Reproductive Health

38. Faculty of Sports and Exercise Medicine

61. Royal College of Physicians and Surgeons of

68. Royal Colleges of Obstetricians and Gynaecologists 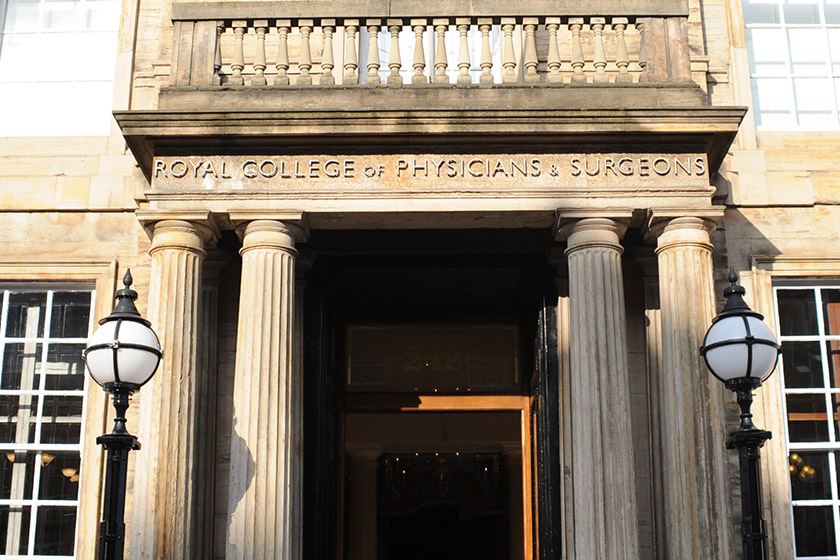