The Programme Lead at Obesity Action Scotland, Lorraine Tulloch, has written for the latest edition of membership magazine “voice”. You can read this below and College members can view the full edition of “voice” by logging into their online dashboard. 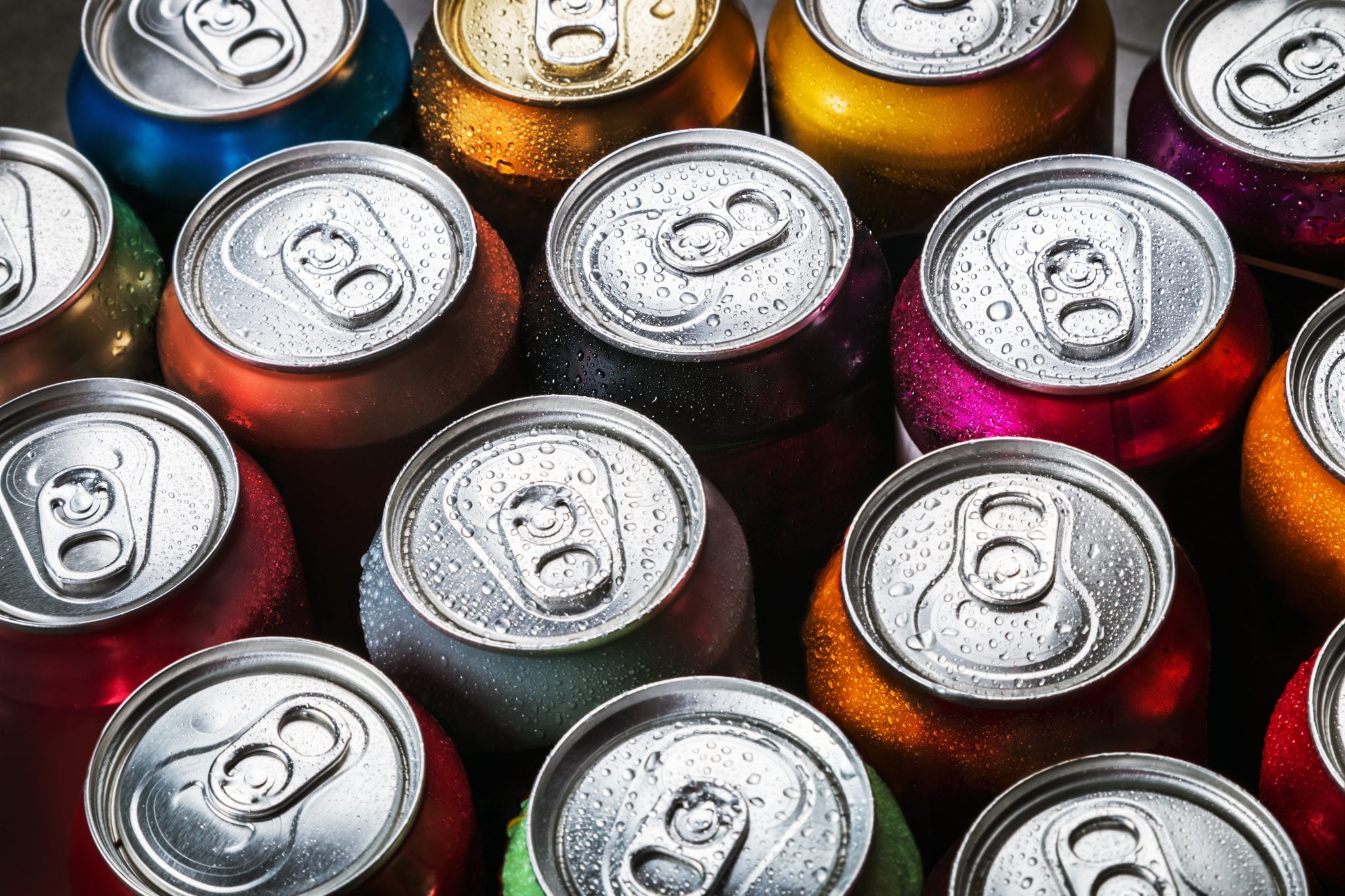 aluminum cans of soda background. the view from the top

The Programme Lead at Obesity Action Scotland, Lorraine Tulloch, has written for the latest edition of membership magazine “voice”. You can read this below and College members can view the full edition of “voice” by logging into their online dashboard.

Did you know that around two thirds of children aged 10-17 in the UK and nearly a quarter of those aged 6-9 consume energy drinks?2 This is despite the EU-required warning labels stating that these are not suitable for children. The evidence suggests that some consume three or more drinks in one sitting.

Energy drinks remain a booming market. Over the last six years alone (2013-2018) the energy drinks market in the UK has increased in value from £1.4 billion to over £2 billion. With Coca-Cola and Irn-Bru recently launching their own versions, this market is clearly lucrative for soft drinks manufacturers.

A study in 2015 revealed the excessive amounts of sugar in energy drinks, some  containing 20 teaspoons of sugar (78g) per 500ml serving.5 Excessive sugar consumption is associated with tooth decay, type 2 diabetes and obesity, hence  heart disease, stroke and some common cancers.6

Whilst recent concern and awareness around sugar sweetened beverages has led to a decrease in their consumption in higher income countries, the same cannot be said of energy drinks.1

How can we tackle this?

A number of voluntary bans on the sale of energy drinks to under 16s have been instigated across the UK. This has included some major supermarkets, Scottish hospital sites and Scottish publicly funded leisure centres.

The Scottish Government launched a consultation on a mandatory ban on selling energy drinks to under 16s, which closed on 4 February 2020.

Obesity Action Scotland support a mandatory ban and call for it to cover all under 18s. If we want to see the drastic improvements in our national diet that are needed, then we need to make sure we give our children the best possible start and we embed healthy habits from a young age. The energy is rising for a ban on sales to children.

This article was written by Lorraine Tulloch.